Desmond Hunter is the recipient of organ-playing awards at conservatoire, national and international levels. He has given numerous solo concerts throughout Europe and in the USA and Canada, including performances in the Royal Festival Hall, London, Westminster Cathedral, Notre Dame Cathedral, Paris, de Grote of St Bavokerk, Haarlem, Antwerp Cathedral, Koszalin Cathedral and the Duomo del Ss Corpo di Cristo, Valvasone, Italy. He has appeared as concerto soloist with major orchestras and has broadcast many programmes on BBC Radio 3, including two programmes of early keyboard music on the oldest playable organ in the world from the Cathedral of Valère, Sion, Switzerland. His particular interests relate to the performance of 16th- and 17th-century keyboard music. His doctoral thesis focused on the embellishment of virginalist music. He has published extensively on the performance of early English keyboard music and has conducted masterclasses on this repertoire, notably at the Corso di Organo Antico e Cembalo in Brescia, Italy. He edited a volume of Fantasias and Related Works by Byrd, published by Bärenreiter earlier this year. Desmond Hunter is emeritus Professor of Music, Ulster University, and a National Teaching Fellow.

Schola Gregoriana Maynooth is affiliated to both St Patrick’s College Maynooth and Maynooth University. It is an all-female group, comprising solo singers whose individual specialities include art music, traditional Irish music, and music theatre. Repertoire encompasses the vast array of chants for mass and divine office, medieval manuscript transcriptions, and contemporary works composed especially for the group by its director. The Schola contributes to the annual cycle of musical and liturgical events in both its affiliated institutions; and in addition to concerts in Ireland, it represents the colleges at international conferences and festivals abroad, including the prestigious Vác International Festival of Gregorian Chant (Hungary) and International Gregorian Festival of Watou (Belgium). The Schola has been directed since 2012 by Darina McCarthy, who holds a first-class BMus in composition and a doctorate in historical musicology from Maynooth University. She has also undertaken specialist chant study at the Pontifical Institute of Sacred Music in Rome.

Fantasia in A minor 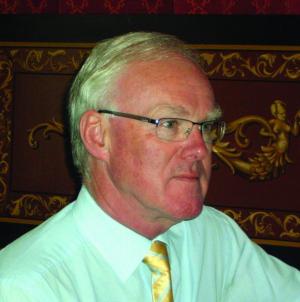