Peter McBride discovered the organ at a young age and received his early musical education as a member of the Schola Cantorum in St Finian's College, Mullingar. There he studied organ with Shane Brennan and piano with Pádhraic Ó'Cuinneagáin. Further studies were undertaken with Una Russell at the DIT Conservatory of Music and Drama and David Adams at the Royal Irish Academy of Music during which he participated in masterclasses and performances both in Ireland and abroad. He has performed in both a solo and accompanimental capacity in Ireland and the UK. Formerly organ scholar and subsequently assistant organist of Whitefriar Street Church, Peter now plays at St Joseph's Church, Terenure. 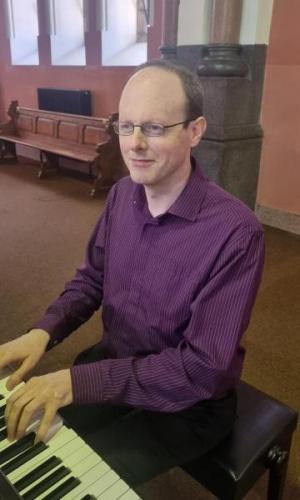