A native of Dublin, Rónán Murray was born into a musical family and is a third generation organist and pianist. Having studied organ under Peter Sweeney at the DIT Conservatory of Music, he was awarded associateships of The Royal College of Organists and Trinity College London. Rónán is titular organist of St. Joseph's church, Glasthule, where he presides over one of the country's finest instruments. Past performances include such venues as St. Sulpice, Paris, Liverpool Anglican Cathedral, St. John's Cathedral, Newfoundland, and Lodz Cathedral, Poland. 2015 saw Rónán perform in Galway Cathedral as part of its summer recital series. Rónán is very active as a freelance organist, pianist and accompanist, and composes music ranging from organ and choral pieces to contemporary songs.
With an especial love for improvisation, he plays music in almost any genre and has in recent years created improvised scores to accompany silent movies, which have proven especially popular with audiences, opening up the organ to many new listeners. In November 2018, Rónán was invited to play the organ for the inauguration of the President of Ireland, Michael D. Higgins, in Dublin Castle. As an associate artist of Pipeworks, Dublin’s international organ and choral festival, Rónán opened the 2019 festival with an improvised score to Murnau’s classic silent film, Nosferatu, in St. Patrick’s Cathedral, making full use of the cathedral’s mighty Willis pipe organ.
Rónán has advised on organ building projects, notably the recent restorative work and tonal expansion of the organ in Glasthule church carried out by Trevor Crowe, and tonal additions to the Kenneth Jones organ in Blackrock College chapel, also carried out by Trevor Crowe. Rónán performs regularly on the 1931 Compton Theatre Organ now installed in University Concert Hall, Limerick, the only remaining playable cinema organ on the island of Ireland.

Praeludium in E minor (The Great) 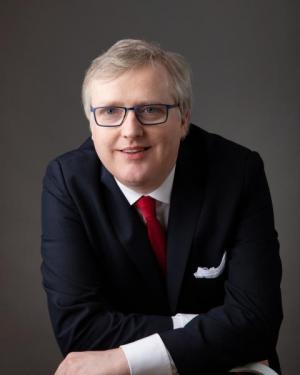