Darren Cornish Moore plays modern trumpet, historical trumpet, and cornetto with some of the most distinguished ensembles.

Highlights from the past few years include playing Beethoven with the Chamber Orchestra of Europe (dir. Nezet-Seguin) an extensive tour of Monteverdi's l'Orfeo with Sir John Eliot Gardiner, and performing Bach's Brandenburg Concerto no.2 with both the London Handel Orchestra and the Irish Baroque Orchestra. He played in the Shakespeare's Globe Theatre production of Othello featuring Sir Mark Rylance, and went to the Philippines with Ensemble InAlto to perform with organist Bernard Foccroulle at the International Bamboo Organ Festival 2020.
​
He has appeared at some of the world's most renowned festivals including the BBC Proms, Luzern, Salzburg, Halle, Brighton Early Music Festival, Saintes Festival, and at iconic venues such as New York's Lincoln Centre, the Berlin Philharmonie, and at Hampton Court Palace. He has worked with conductors including Bernard Haitink, Sir John Eliot Gardiner, Vasily Petrenko, Marin Alsop, and Mirga Gražinytė-Tyla.
​
In 2021, celebrating 300 years since their composition, Darren played the Brandenburg Concertos with the London Handel Orchestra at both the Tilford Bach Festival, and Sligo Baroque Festival; and for the Irish Baroque Orchestra at the National Concert Hall with Peter Whelan. Other solo recitals have included working alongside award-winning organist Jeremiah Stephenson, and the award-winning soprano Christina Gansch and the Orchestra of St. John.

Darren was the Musician-in-Residence at Dun-Laoghaire Rathdown's Lexicon Theatre in November 2021 where he collaborated with Malcolm Proud on a programme exploring the life of Thomas Roseingrave.

Malcolm Proud is Emeritus organist at St. Canice’s Cathedral, Kilkenny. He has performed on
historic organs including the 15th century instrument at Valère-Sion in Switzerland, the 1565
Antegnati in Mantua, the 1610 Compenius at Frederiksborg in Denmark and the 1766 Riepp at
Ottobeuren near Munich. He has given organ recitals in Boston and Virginia (USA). His cd of
Bach’s Clavierübung III, recorded on the Metzler, Stein am Rhein, Switzerland, was released in
2008.
In 2010 he played Bach’s Brandenburg Concertos with Sir John Eliot Gardiner’s English Baroque
Soloists at the London Proms and the Schleswig-Holstein Festival. He is harpsichordist with the
Irish Baroque Orchestra and has worked with Orchestra of the Age of Enlightenment, Academy of
Ancient Music, European Union Baroque Orchestra and Akademie für alte Musik Berlin.
His ensemble Camerata Kilkenny has performed in Switzerland, Italy, Belgium, the Netherlands,
Germany and Finland. Its cd of Bach arias and Swedish folk hymns with soprano Maria Keohane
was released in 2019 by Maya Recordings. In November 2018 Proud curated a series of concerts
at the NCH to mark the 350th anniversary of Couperin’s birth. He will perform Book 1 of Bach’s
‘Well-tempered Clavier’ at this year’s Kilkenny Arts Festival.

Tosse not my Soule

From The Well-Tempered Clavier I

From The Well-Tempered Clavier I 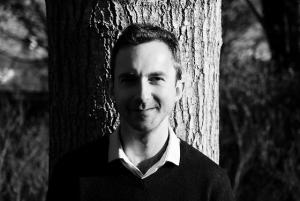 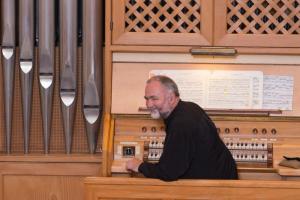