Gerard Gillen is titular organist emeritus of Dublin’s Pro-Cathedral and professor emeritus of music at Maynooth University. He has given over 1,000 recitals in a career that has taken him to four continents, acting as a member of a number of international competition juries, and performing at many of the world’s most prestigious recital venues.

Gerard Gillen was founder-chairman of the Dublin International Organ & Choral Festival (now Pipeworks) of which he was artistic director from 1980 to 1986 and again from 1990 to 2000. He has been honoured by the award of a Papal Knighthood and by the governments of France, Belgium and Austria. Other honours include the John Betts Visiting Fellowship at Oxford  University (1992) and the award of a doctorate honoris causa by the Pontifical University of Maynooth, and by election to honorary fellowship of the RIAM. Later this year he will give recitals in Germany and Scotland.

Prelude and Fugue in A Minor, BWV 543 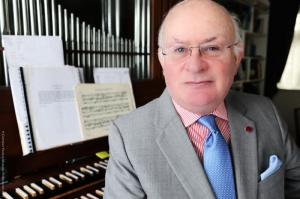