Simon Harden lectures in Organ performance at the TU Dublin Conservatoire and is Organist and Director of Music at Christ Church Cathedral, Waterford. Regular concert engagements take him throughout Europe and further afield. He has performed solo recitals in such venues as Notre-Dame Paris, Westminster Abbey London, Tokyo Opera City Concert Hall and St Jacobi Hamburg.

Simon began his studies at Trinity College Dublin reading Music and History of Art. Further studies at the Music Academies in Berlin and Hamburg led to a first-class Postgraduate degree in performance followed by a ‘Premier Prix’ for his studies in Paris. On receiving a scholarship from the City of Hamburg, he took the ‘Konzertexamen’ with distinction, the highest award for performance in Germany.

Simon has won several prizes in international competitions including 1st prize and audience prize at the ‘International Schnitger Organ Competition’ in the Netherlands and 2nd prize at the ‘Grand Prix Bach de Lausanne’. He was also awarded the DAAD prize for ‘outstanding performance and intercultural involvement’ whilst in Hamburg.

His research into new and historic organs is published regularly in the international ‘Choir and Organ’ magazine and solo CD recordings include performances on the Marcussen organ in Gettorf and the new Glatter-Götz organ in Frankfurt.

The Dance of Jephtha's Daughter

The Wedding in Cana

Toccata and Fugue in F-Major BWV 540 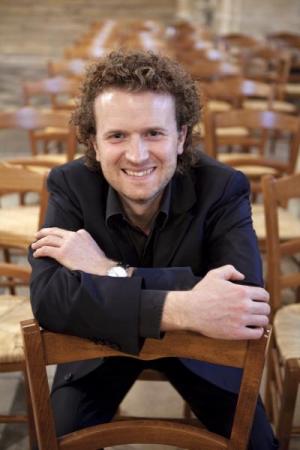