Siobhán Kilkelly enjoys a varied career as organist, pianist and teacher and has been fortunate to collaborate with many musicians, groups, choirs, and soloists in a myriad of ways.
Recent concerts have included a lunchtime recital in St Finbarre’s Cathedral in Cork last August and accompanying St Mary’s Pro-Cathedral girls' choir in a concert of music for International Women's Day in March 2020.
In recent years, she has collaborated with singers Helene Hutchinson and Eoin Hynes and accompanied them on piano in a range of operatic and recital repertoire in venues such as Castletown House, Droichead Arts Centre, Highlanes Gallery and NCH John Field Room.
She performed with Helene in a much-celebrated concert celebrating the life of diva Margaret Burke Sheridan in the Linenhall Arts Centre in Castlebar in 2019.
She combines her post as lecturer in piano in TU Dublin Conservatoire with that of freelance organist and is delighted to collaborate again with flautist and colleague Ciarán O Connell. To date the duo have given concerts in Dublin, Tullamore, Dún Laoghaire, Galway and Limerick and are pleased to explore and perform exciting contemporary music for flute and organ as well as other favourites.

Ciarán O’Connell is a Lecturer in flute performance and pedagogy at TU Dublin Conservatoire, where he has taught since 1988.

Ciarán has performed with the RTÉNSO, RTÉCO, ICO, played for many theatre and opera productions and has extensive experience as a chamber musician. Performances include the Kilkenny Arts Festival, St Stephen's Church, the Pepper Canister, the NCH, and more recently, flute and organ recitals in Dún Laoghaire, Limerick, Galway Cathedral and St Mary’s Pro-Cathedral, Dublin, Tullamore Cathedral and the Unitarian Church, St Stephen's Green.

Ciarán has a special interest in the repertoire for wind quintet, flute and guitar, and flute and organ. He is much in demand as a flute specialist and has tutored, given masterclasses and workshops throughout Ireland. An enthusiastic and dedicated teacher his students range from beginners to master’s level, many of whom have been prize winners at local and national level and some have successfully pursued careers in the music business. He is regularly invited to adjudicate and examine at music festivals and schools.

Ciarán was awarded an M Phil for his research into the influences on Flute Performance and Pedagogy in Dublin between 1950 and 2000.

Sonata for Flute and Organ

Nocturne no 6 no 3 arr for flute and organ

Rhapsody for Flute and Organ 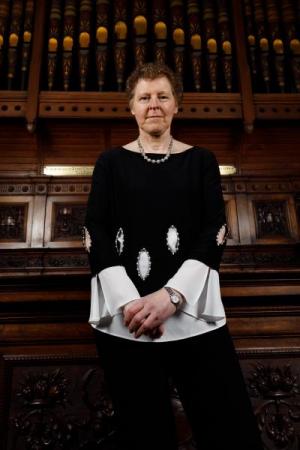 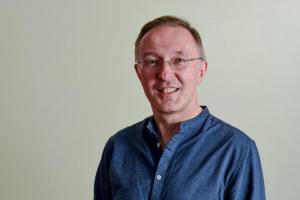