Fergal Caulfield is a graduate of Trinity College, Dublin, where he obtained BA and PhD degrees in music, specialising in the late serial music of Stravinsky.

He studied piano with Peter Dains at the Royal Irish Academy of Music, and the organ with Professor Gerard Gillen at the Pro-Cathedral Dublin, and also attended various scholarship masterclasses in the UK and Belgium. He holds performance and teaching diplomas in both instruments.

As well as numerous performances in Europe, he has given solo recitals at most of the major concert venues in Ireland, including the National Concert Hall, the Wexford and Galway Arts Festivals, St. Michael’s Church Dún Laoghaire, the Pro-Cathedral Dublin, and Trinity College Chapel. He has additionally appeared as soloist in concerto performances with a number of ensembles, including both the RTE National Symphony and RTE Concert Orchestras (in the organ symphonies of Marcel Dupré, Camille Saint-Saens and Aaron Copland and, most recently, John Buckley's organ concerto and Samuel Barber's Toccata Festiva). He is a former prizewinner of the Dublin International Organ Festival (now Pipeworks) and is also much in demand as a vocal and instrumental accompanist.

In additions to his interests in the fields of solo and chamber music, Fergal works regularly with the RTE National Symphony and RTE Concert Orchestras, Chamber Choir Ireland, the RTE Philharmonic Choir and Dun Laoghaire Choral Society. 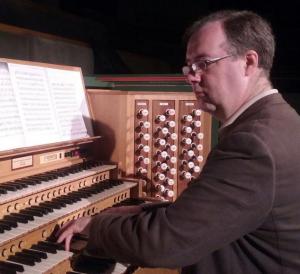