Irish mezzo-soprano Sharon Carty is a singer who has firmly established a reputation as a respected interpreter of both early and contemporary works, alongside maintaining a busy schedule in mainstream opera and concert repertoire. She is an alumna of the RIAM Dublin, MDW Vienna, and Oper Frankfurt Young Artist Programme, and is currently an Artistic Partner to Irish National Opera as well as a Creative Associate on the Irish Arts Council pilot “Creative Schools” scheme. Most recently, she was announced as “Maynooth Campus Associate Artist” for NUI Maynooth and the Pontifical University Maynooth for 2020/2021.

Regularly praised for her musicality and intelligence, her integrity as an artist and the warmth, clarity and agility of her voice, her opera repertoire includes many of the important lyric and coloratura mezzo-soprano roles, such as Hänsel, Dido, Ruggiero, Dorabella, Cherubino, Ariodante, Orfeo and Sesto. On the concert platform her repertoire spans most of the major sacred concert works, including all the principal works by J. S .Bach as well as Messiah, Mozart’s Great Mass in C minor and a broad song repertoire in addition to numerous chamber music works. She is also a dedicated song recitalist, most recently appearing in performances with pianists Finghin Collins, Jonathan Ware and Graham Johnson.

Career highlights to date include her London, Amsterdam and New York opera debuts with The Second Violinist at the Barbican Theatre, the Muziekgebouw in Amsterdam, and the Park Avenue Armory, her Wexford Festival Opera debut as Lucy Talbot in the European première of William Bolcom’s Dinner at Eight, the title role in Irish National Opera’s critically-acclaimed Orfeo ed Euridice and her debut at the Festival dei Due Mondi in Spoleto, Italy, where she premiered a new opera, Proserpine by Silvia Colasanti, to critical acclaim.

A regular collaborator with orchestras across Europe, her discography includes La Traviata on Naxos DVD with the NDR Radiophilharmonie alongside Thomas Hampson and Marina Rebeka as well as The Mountebanks (Gilbert/Cellier) on CD with the BBC Concert Orchestra. Her most recent CD, a disc of Schubert songs with pianist Jonathan Ware, was released in May 2020.

David O’Shea divides his time between performance, teaching and research. He has been organist of Sandford Parish Church and St Philip’s Milltown in Dublin since 2011, and is also a part-time lecturer in the UCD School of Music.

David studied at the TU Dublin Conservatoire, from which he graduated with a first-class BMus degree. He undertook postgraduate study at the University of Cambridge and Trinity College Dublin, and was awarded a PhD by TCD for his research into the music of the Chapel Royal, Dublin Castle.

David is a Fellow of the Royal College of Organists, and a Pipeworks Associate Artist. He has given organ recitals in Ireland, the UK, Europe and the USA. Highlights include the National Concert Hall, Dublin, St Michael’s Church, Dún Laoghaire, St Patrick’s Cathedral, Armagh, St Martin’s Church, Dudelange, Luxembourg, and the Sinsinawa Dominican Centre, Wisconsin, USA.

Herzliebster Jesu, was has du verbrochen? (Dearest Jesu, what was your crime?)

Es ist ein Ros’ entsprungen (A rose has sprung up) 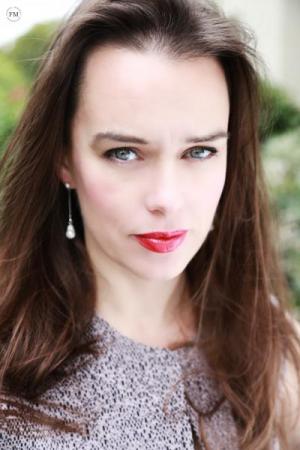 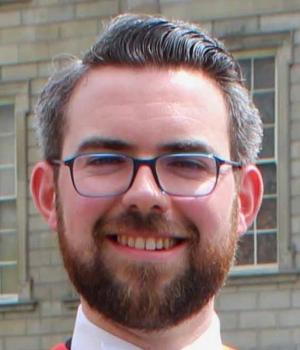