Patrice Keegan began her studies with Una Russell at the DIT Conservatory of Music and Drama and graduated with Honours in 2006. She was concurrently, for three years, Organ Scholar of Trinity College. Following her degree, she took up the position of Organ Scholar of St Patrick's Cathedral. She combined this role with regular teaching and accompanist work.

Patrice completed her Masters in Organ in 2009, studying with Una Russell and Margaret Phillips. Some career highlights since then have included the Jan Kucharski Organ Competition, the release of the album Les Angélus with Niamh McCormack, and an appearance on the album Potboilers, Pastiches and Party Pieces. Patrice has performed as a soloist in the Dún Laoghaire Summer Series, Galway Cathedral Recitals, the National Concert Hall, and Saint Fin Barre’s Cathedral, has acted as adjudicator for the Newry Organ Feis Competition, and has performed as a duo alongside Dr Carole O’Connor as part of the 2019 Pipeworks Festival.

Patrice is resident organist in Holy Cross Church, Dundrum, and is currently completing her doctoral studies with Dr David Adams at the Royal Irish Academy of Music.

Prelude and Fugue in A minor, BWV 543 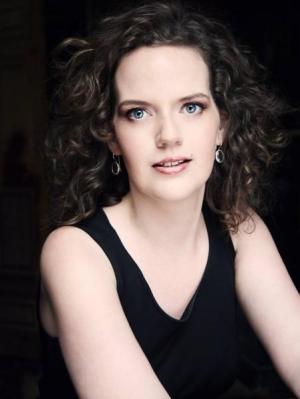