Eric Sweeney was organist and choirmaster of Christ Church Cathedral in Waterford from 1991 to 2018. Those years also saw a period of exceptional creativity as a composer with a repertoire now consisting of three operas, two symphonies, six concertos plus dozens of choral and instrumental works. His work as a composer has been acknowledged by his election to Aosdána, Ireland’s state-sponsored academy of creative artists, by a D.Phil from the University of Ulster, as well as by numerous performances of his music both nationally and internationally.

from the opera Satyagraha 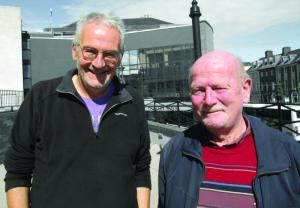